It is hot and humid even when there are clouds in the sky over Koh Chang. Koh Chang is situated quite close to the northernmost point of the Gulf of Thailand. This position means it does not have the same weather patterns as the central plains or the northern and southern regions of Thailand.

The temperature does not vary too much during the year and the average is 27°C. Koh Chang has different climatic seasons to the west as there are only three here – summer, the rainy season and a cool season where the mean temperature is a pleasant 23°C.

The best time to visit Koh Chang is during the cool season, which stretches from early November through to late February. The ambient weather at this time of the year draws Western tourists as it offers a welcome respite from harsh winters.

Daytime temperatures in this season hover at a comfortable 30°C and at night may drop to 20°C. But it is never really cold enough to require wearing a sweater in the evening, with only over-zealous air conditioning likely to make visitors feel the chill. Likewise rain jackets are superfulous at during this season.

Sea breezes are pleasant enough and ensure that most visitors can get away with wearing a light shirt or sweater and shorts at night, although long sleeved shirts and trousers may offer protection from the occasional rogue mosquito. Koh Chang rarely sees rain in this season.

The summer season on Koh Chang is more usually referred to as the hot season as early afternoon temperatures often reach 38°C. On humid days, especially in the inland forested areas of the island, with no cooling winds it can become a little sticky and humid.

The hot season kicks in during the latter half of February and from then until the onset of the rainy season in June visiting Koh Chang is really only for people who thrive on hot weather. Those who are not accustomed to tropical heat may find the high temperatures and humidity quickly sap their energy. In the lead-up to the rainy season there may be occasional rainfall or a tropical storm, but this is not a regular occurrence.

The south-central region of Thailand that Koh Chang is located in does not normally receive the torrential rains produced by the southwest monsoon that lash the northern and southern regions of the country. The rainy season proper begins in June and both this month and July see around one metre of rainfall which increases in August and then gradually tails off in September and the early part of October.

When it rains it tends to fall in heavy hour-long downpours and then stop suddenly. These downpours are rejuvenating as they temporarily put a stop to the humidity and leave vegetation smelling clean and fresh. During and after the rain there may be slight flooding where drainage becomes inundated, but this soon flows into the sea.

Temperatures vary little from day to night in this season and remain in the low 30s. Mosquitoes tend to breed at this time of year, especially inland or where there is stagnant water, and visitors should use repellents and keep their arms and legs covered from dusk onwards. Although rare, there are occasional cases of malaria around Koh Chang’s jungle interior so holidaymakers may want to consider taking prophylactic drugs such as doxycycline during this season.

Note: To find the best rate Hotels in Koh Chang, we recommend you look online at Agoda.com. They seem to be the most competitively priced of the hotels sites.

January is the second-driest month on the island with very little rainfall, ensuring it is one of the most popular times of year to visit. The mercury hovers around the 30°C mark and the air is not too humid. Evenings are relatively cool and offer the possibility of even sleeping without the air-conditioning, although the waterfalls may not be at their most free-flowing.

There is an increased chance of rainfall although it still remains low and any downpours are likely to be short-lived or light. Sunshine is consistent throughout February, while humidity will pick up towards the end of the month. Conditions are calm and divers and snorkellers will have good visibility, but waterfalls remain dry.

As the year goes on the likelihood of rain increases, but March weather in Koh Chang remains relatively dry even if the chance of prolonged rain increases. The sun is notably hotter than previous months and the humidity levels begin to soar, especially at night. There is not too much wind ensuring diving conditions remain good, while overcast conditions are also common.

April is statistically the hottest month of the year, with average temperatures well over the 30°C mark. There is likely to be plenty of sunshine in the daytime, although humidity levels are far higher. Rain showers are common during the afternoons and evenings and it is advisable to take some form of waterproofs.

May is generally very hot and at times unbearably humid, making it wise to spend some time indoors with the air-con. The island is now fast-approaching the rainy season and regular heavy downfalls are expected between periods of sunny weather. A good month for jungle treks and waterfalls, but a little rough out at sea for divers and swimmers.

The second wettest month of the year with around 900mm of rain so downpours are likely during day trips. There is a slight dip in the temperature and conditions are sunny but humidity remains high. Expect to spend some time indoors either sheltering from the rain or taking a break from the humidity.

Not much change from June Koh Chang weather, with heavy rain interrupting humid periods. Jungle treks and waterfall visits are excellent during July. Sunny conditions will please sun-worshippers, although they are likely to be interrupted by long and heavy downpours.

The wettest month of the year with regularly over 1,000mm of rain, making it foolish to visit without waterproofs. There will be sunny periods and the island is still fairly busy due to the school holiday period in Europe. Spectacular downpours are likely most days but they do have they added benefit of cooling the air.

Rainfall can drop off quite dramatically in September, although it is somewhat an unpredictable and some years can still be very wet. The weather can be sunny but at times overcast too. Visitors are advised to prepare for all conditions as conditions one year may not be the same the following year.

The island is now notably returning towards the dry season, with rainfall less than half the levels of between June and August. Conditions are fairly sunny throughout the day and tourism begins to pick up. In the evenings the temperature is a little cooler, ensuring pleasant conditions.

The beginning of the busiest period of the year on Koh Chang, with visitors attracted by the sunny, dry weather and lack of humidity. The average rainfall levels are very low and cool evenings can be expected, although it can be windy overnight. Excellent conditions for diving and snorkelling enthusiasts.

The driest month of the year and the peak of the high season. There is plenty of sunshine, while the lack of humidity ensures superb sunbathing conditions. Evenings are cool and air-con is not a necessity. As it`s just the beginning of the dry period, waterfalls still have plenty of water. 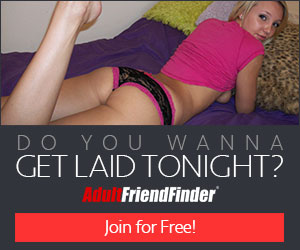